Another massive advocate of unity on the Protestant side is the hugely popular Anglican vicar Nicky Gumbel.

Gumbel is also the driving force behind the Alpha Course, which aims to introduce non-believers to Christianity.

Over the years, the Alpha Course has become a global phenomenon in both the Catholic and Protestant churches, reaching millions of people.

So far so good and, if this truly brings people to God and salvation, praise the Lord. Indeed, the vast majority of what is taught on the Alpha Course is good and many will wonder what the issue is. Certainly, as the course can be run very differently from church to church, you shouldn’t worry if you’ve completed it and, in fact, many credit it with being important in your faith walk.

However, there are issues in the longer term, because the Alpha Course seems to have an agenda. It’s origins, and the background of HTB itself, are also troubling.

That’s because the Alpha Course only really gained traction after Eleanor Mumford visited Holy Trinity Brompton in May 1994. At that time the course and the church were struggling.

Mumford had been present for the Toronto Blessing at Vineyard Church, Toronto Airport, and brought that same spirit to HTB. I strongly recommend you watch this video about the Toronto Blessing and its aftermath, as well as this second video so you can understand why this might be a problem.

The result of Mumford’s visit, as Gumbel explains, was people rolling around on the floor, being thrown across the room and laughing hysterically while slain or drunk in the spirit. But from what spirit? Here’s the audio of the arrival of the Toronto Blessing at HTB as explained by Gumbel and speaker Mumford.

One thing is certain – the spirit of the Toronto Blessing is certainly popular, because it is the force behind disgraced preacher Todd Bentley’s Lakeland Revival, The Call, Bethel Church, the Brownsville Assemblies of God Revival (see below) among several others. Even less extreme preachers such as Andres Bisonni endorse and seem to channel the spirit of the Toronto Blessing, as shown in this video from the Toronto Airport church’s Signs and Wonders conference in 2010.

This Wikipedia article shows how the Toronto Blessing is linked to many other revivals across the world, including the one at HTB. Again, I highly recommend you read the timeline section of the Wikipedia page so you can understand how widely it continues to spread across the world.

Assemblies of God preacher, Steve Hill, actually visited HTB before bringing this spirit back to the U.S. by talking about his experiences at an Assemblies of God Church in Brownsville, Florida (view this link to the church’s website for evidence).

Hill’s sermon sparked the Brownsville Revival in the same way that Mumford’s visit brought the Toronto Blessing to HTB. Here’s a video clip from the Assemblies of God Brownsville Revival featuring Dr. Michael Brown. Again, perhaps it’s just me, but the way he coaxes people to take part by questioning their pride is concerning.

It seems that, wherever this spirit goes, churches seem to grow and become more acceptable to the world.

Bethel Church in Redding California is another case in point. This video shows Heidi Baker (another to experience the Toronto Blessing) at Bethel Church before showing her husband Roland at Glory City Church in Australia. Note the way that (in the clip starting at 5.25) Roland Baker seems to mock believers and the power of prayer (a strangely common theme from these preachers).

In this video, Heidi Baker at 4.45 (though in the guise of a joke) mocks the fact that the congregation puts up with (and actually enjoys) her antics.

This video shows Bill Johnson at Bethel imparting a similar experience on his congregation. As shown in other chapters, Bethel is known for its new age teachings, such as grave sucking and fire tunnels, quantum mysticism, dolphin therapy and the God vibration.

Maybe it’s me, but does this look like something from the God of the Bible? Is it something we should be inviting into our church or endorsing?

I don’t question that Heidi and Roland Baker, and Johnson, seem to have done some very good things through their ministries, but this should not stop us from discerning or questioning what we see in these videos.

Because, as the Bible says in Revelation 13:13:

“And the second beast performed great signs to cause even fire from heaven to come down to earth in the presence of the people. Because of the signs it was given to perform on behalf of the first beast, it deceived those who dwell on the earth, telling them to make an image to the beast that had been wounded by the sword and yet had lived”

While we tend to take this verse literally, it is interesting to hear the ‘rain down fire’ ‘let your fire fall’ commands of Charismatic and Pentecostal preachers and their use of ‘fire tunnels’ and fire imagery to represent a spirit that seemingly has to be ‘activated’ by the words or hands of a preacher.

Also of interest, is that the first beast of Revelation is widely considered to be the terrible beast of Daniel, which is widely believed to represent the Roman Empire.

This is the heart of the matter. I don’t doubt people are having an authentic experience (in that this is not acting) but is this the Holy Spirit or something else? Watch all the evidence on this site and make up your own mind.

Also consider that preachers who receive this spirit all seem to be driving towards unity with the Catholic Church. Again, look at the evidence on this site and discern whether that is an idea that’s coming from God (despite accepting that the Catholic Church has done some good as well).

We need to talk about Alpha
Talking of discernment, one of the problems with Nicky Gumbel’s worldwide sensation, the Alpha Course, is that it covers little on repentance.

It also offers the gift of the spirit to anyone who visits its culminating ‘holy spirit weekend’. Do we really have the right to offer this or decide when God gives the Holy Spirit to anyone?

In keeping with Pentecostalism, the Alpha Course also goes particularly big on suggesting that tongues is the primary evidence of a person having received the Holy Spirit.

While this is indeed a spiritual gift, Paul made it clear it is one of many gifts a Christian can receive at the discretion of God.

Indeed, surely the most obvious sign of someone receiving the spirit of God is a transformation in the way they live their lives and turn from the world? Yet this gets given little importance as long there are signs and wonders.

Ignoring the elephant in the room
The second problem with Alpha is its obvious agenda for church unity without calling for any changes in the Catholic faith.

Indeed, in this video, Nicky Gumbel says he tells Catholics to go back to their Catholic Parishes, he says he loves the Catholic Church and that we can learn from its traditions. I advise you to watch at least from 6.40 to 25 mins.

Nowhere does Gumbel explain the reasons why thousands of Christians gave their lives and died horrible deaths to split from the Catholic Church in the first place. Nowhere does he say that these problems still exist to this day.

Now Nicky Gumbel is a lawyer and a highly educated man. He must clearly also know his Bible and church history. So why is he glossing over things that God clearly warns against? Why is he taking Bible verses so badly out of context to urge Christians to unite and accept pagan beliefs from Ancient Rome?

If you want to understand why Christians should set themselves apart from the Catholic Church, I highly recommend you read this site from the beginning.

On the right path?
Another man you’ll see Gumbel invites to many of his events is Father Ranieri Cantalamessa, the official preacher to the Pope.

This charismatic Jesuit (interestingly, the Jesuits are the arm of the Catholic Church established to spearhead the counter Reformation) proclaims that we are on a ‘path towards total unity’. Read an article covering his session with Nicky Gumbel, during which they prayed for unity, here.

So true Christians take note – while we should love Catholics (and people of all other denominations come to that) and try to lead each other to better teaching and a better knowledge of Jesus through the truth of the Bible – we cannot let people believe there is absolutely no difference between real Bible believing Christianity and those that follow another gospel and another Jesus. There is a massive, massive difference.

Neither should we sign up to documents that claim togetherness, no matter how many good people and friends do it and no matter how much peer pressure we are under.

Time to make a stand
Yes, we need to be prepared to be falsely called ‘haters’ ‘intolerant’ ‘divisive’ ‘unloving’ ‘legalistic’, but we need to be happy to be called those things if we truly want to follow God, not man.

The world will absolutely love this unity. And it will likely come under the banner of the rainbow (which should surely remind us of God’s Old Testament flood judgement against mankind’s out-of-control sin) along with everything else.

For evidence of Christian churches moving towards unity read Chapter 9. This goes hand in hand with the growing movement to grow unity among religions, covered in great detail in Chapter 8.

Who might be a key figure in this movement? Judging by a film released in May 2018, Pope Francis may be at its core, whether in his lifetime, or not.

You can expect Hillsong and the other most influential churches to be there too.

While this Assemblies of God Australia church was founded on the worst possible foundations under the leadership of Brian Houston’s convicted paedophile father Frank Houston (view this video for details of this case and its aftermath) few can doubt that it’s incredible world growth has introduced a new generation to faith.

However, while producing some genuinely well written and scriptural worship songs, things are rapidly going down hill as the lure of money and the world takes over.

In fact, their most recent album cover is preparing the way with some familiar Catholic symbolism – the Sacred Heart of Jesus, complete with the obligatory sun image, and a ladder to heaven. 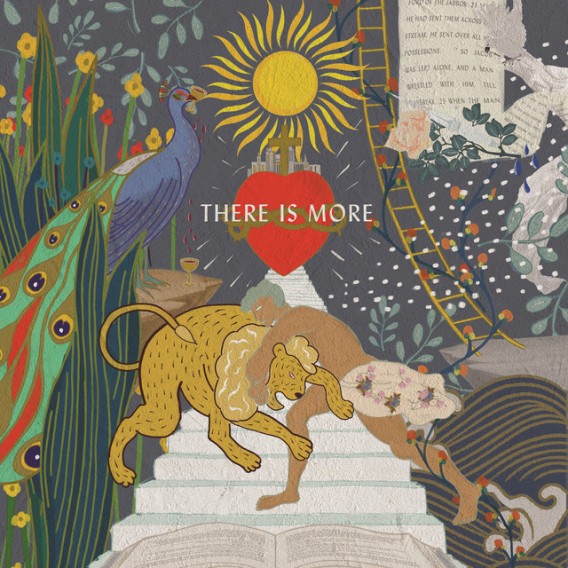 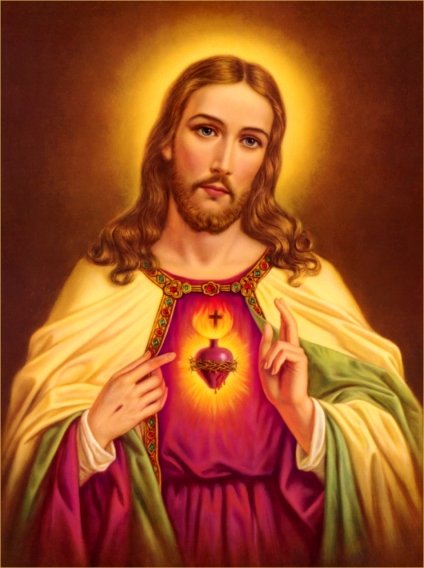 This article shows how Hillsong, the Alpha Course, Catholicism, and the Toronto Blessing are coming together.

More disturbing and blatant still is their video for a song coincidentally entitled PEACE.

In reading the Chapter ‘Babylon Bound?’ you should immediately see why the symbolism of this video is hugely troubling, seeming to represent the bride of Christ taking off her crown to be seduced by a women in scarlet.

Coincidence? More like a warning message that anyone with open eyes are supposed to see.

2 thoughts on “Chapter 10: Danger ahead”

View all posts by neweyestosee